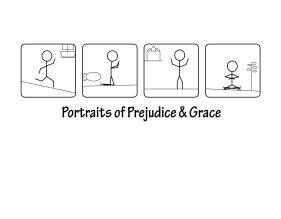 Prejudice and Grace. When the former comes to mind, what do you think of? Maybe racism, the Civil War, city gangs, or other such cultural problems. On a larger scale, people like Hitler, murderers, and supremacists come to mind. But what about the latter? What about grace? Maybe forgiveness, love, or even God come to mind. All in all, positive traits come into play with grace. When we think of these two categories and consider which one we most display, the natural inclination is to answer quickly…”Grace, of course!” But the truth is that there was a man who, when faced with the same dilemma, answered the same way, but was quickly and repeatedly shown how wrong his self-evaluation was. That man’s name is Jonah! Jonah demonstrates the importance lesson that…Resisting God is Futile.

Right from the get go in the book of Jonah we see two main characters: God and Jonah. Yet it is God that initiates action (Jonah 1:1)–he is the one who comes. God gives Jonah a message to proclaim and calls him to be His messenger to Nineveh. Nineveh was the capital of the Assyrian Empire and it was prophesied that she would conquer Israel (Hosea and Isaiah). Therefore, to Jonah, Nineveh was the last place he wanted to go. So instead of going to Nineveh as God commanded, Jonah ran the other direction to Tarshish (Jonah 1:3). But Jonah was not trying to merely run from his enemies, he was trying to “flee from the presence of the Lord”. He was attempting to flee the omnipresent God (Psalm 139:7-12). How often do we do the very same thing? We run to money, job, success, relationships, drugs, alcohol,etc. Why? To flee from the very One who loves us most and desires to save us from our running.

But the story does not end there. In the midst of Jonah’s running we see God is the one who controls. God hurls a great storm on the sea on which Jonah’s ship sails (Jonah 1:4).  And this was no ordinary storm. The mariners who spent their lives on the sea are frightened so much they even cry out to false, nonexistent gods (vs. 5). But where is Jonah? He is in the bottom of the boat fast asleep. This illustrates a false teaching we often hear about God’s will–how is the will of God known…”I have a peace about it”. But here we see the prophet of God on the run from God and “at peace” in the midst of a terrible storm. (Lesson to learn: subjective internal peace is a terrible guide to finding and knowing the will of God.) But what is the purpose of the storm? To get Jonah’s attention and call Him back to the One whose presence he is trying to escape. But the problem Jonah forgets is that the God He is running from is the God who is sovereign over it all, including the very sea he is in (vs. 9, cf. Job 38:4-11). That God is the same God today. 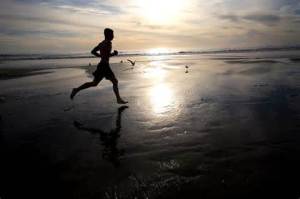 It is at this point in the story that Jonah finally clarifies. Surrounded by unbelieving sailors and confronted with his disobedience toward God, he fulfills his prophetic role and speaks the truth of God (vs. 9). It is ironic how God uses even a disobedient, wayward prophet to call others to Him. God uses a circumstance that was designed by man (Jonah) to thwart the plan of God (proclaiming His message) to actually accomplish the very thing He intended the man to do. Jonah is used by God, despite his stubborn spirit, to reveal the God he is trying to flee (Psalm 89:9). This illustrates a reality of our daily lives–God turns what was meant for evil into good. He makes disobedience still accomplish His ultimate purpose.

Finally, we see in the story of Jonah the ultimate irony. Some of the very people Jonah was meant to show the love of God to, actually turn and show him care. While the declaration has been made that Jonah must be thrown into the sea (vs. 12), the men do all they can to avoid what they see as Jonah’s death (vs. 13). Here we see that the one who should have cared most for them, was actually the one who was cared for more by them. Is this not what God does for us? He creates and provides for us, supplies and sustains us. And we should love and care for Him in return. But instead, it is we for whom God had to care by sending His one and only Son to take our place on the cross. It is He for whom we should care above all else, yet it is He who shows care for us above all else. It is the same caring God of Jonah, that has called you and me to care for others. How are we doing? Are we running from God and despising our enemies? Or are we running to our enemies and declaring our God?

So as you sit and think about whether you are more prejudice or gracious, remember Jonah. That it was God who Came, God who Controls, God who calls us to Clarify, and God who calls us to Care for others. But He does this all only because He first Came for us, has Control, Clarified Himself to us, and Cared for us.